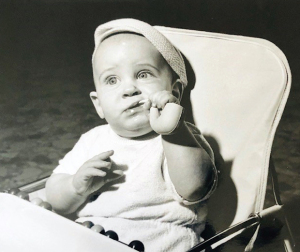 It is with great sadness that family and friends announce the death of Terrence Tarvin.

The older of 2 children in the Tarvin family, Terry is survived by his sister Andrea (Stephen Vaughan) and his nephew Stephen, and a long line of cousins from the Shea and McNamara families.

Terry is also survived by a large and loyal group of friends who find it difficult to understand and accept that Terry is gone.

Family and friends are grieving his loss, and all who knew him, miss him.

Terry’s days began in St. John’s, a city he would remember fondly and speak of proudly. He attended St. Bonaventure’s College, and then Prince of Wales Collegiate in the 1960’s and 70’s and moved on to Memorial University of NL, where he completed a BComm, and then earned an MBA in Toronto over the next few years.

At some point during his days in St. John’s Terry came to a realization that is manifest to a small number of folks…

He would realize that, as they used to say at the time, he was “not like the other boys” – and so began the process of Coming Out, and finding one’s place in the world.

This ultimately didn’t seem to be a problem, however, as Terry went on to have a lifetime of meaningful friendships, relationships, and adventures.

Over the 40 years after leaving Newfoundland, Terry travelled and worked all over the world, mostly as an HR professional in the Energy sector. His career began with Husky Energy in Atlantic Canada, and then he was transferred to Central Alberta, eventually ending up in Calgary in the early 90’s.

In the early 2000’s Terry felt the need for a change, and relocated to the Middle East, where he worked in Kuwait, Qatar, Dubai, and Abu Dhabi as an HR professional.

He returned to Calgary in 2013 – to a group of folks who were very happy to have him back in Canada!

A few years later he started with the National Energy Board (now the CER) on their HR Team, who would be his last employer.

As much as Terry enjoyed his work in HR, he was never defined by it – work was a means to an end, and that end was more often than not, social.

Terry will be best remembered as a gracious host of dinner parties, get togethers, card nights, and any other kind of event you can think of – including curling! He will be fondly remembered, and deeply missed at these social gatherings.

He was active in swimming (a long while back…) and curling in the Apollo Friends in Sports league. He was also active in LGBTQ++ concerns over the years, including Calgary Pride and AIDS/HIV awareness.

Terry was an avid traveler, whether it was a local trip to a ski hill in the Rockies, or a weekend in Vancouver, or an all-out adventure through Europe, he was up for it – big group, or small group, he was up for it.

Terry always had time to sit and chat with a friend who needed some guidance, or who just needed someone to listen – this was a gift that he shared with people his whole life – this is a gift that will be missed.

Remembering his life, it’s easy to see that there is so much to celebrate – and so much that will be missed.

Truly, Terry was a man you don’t meet every day.

A Celebration of Life has taken place in Calgary. Celebration in St. John's to be announced at a later date.

To send flowers to the family or plant a tree in memory of Terrence George Tarvin, please visit our floral store.

You can still show your support by sending flowers directly to the family, or by planting a memorial tree in the memory of Terrence George Tarvin
Share a memory
© 2021 Simply Cremations and Funeral Services. All Rights Reserved. Funeral Home website by CFS & TA | Terms of Use | Privacy Policy